The field crop team has delivered a new version of Cropwin® that is more ergonomic and allows us to optimize the quality of yield prediction by comparing the field data entered with the model data. New inputs are available to the user: yield, grain moisture and harvest date.

Numerous nitrogen needs are currently being observed on wheat plots, as the crops were able to take advantage of exceptional growing conditions. This is the logical consequence of a mild winter and generous rainfall. In some regions of France, the excess rainfall has caused delays in field work. Farmers were not able to make their first nitrogen inputs until mid-March instead of the end of January/mid-February.

In this current context, Cropwin® allows farmers to measure their nitrogen needs and to closely monitor the fertilization of their plots to ensure a good quality harvest and optimal yield. 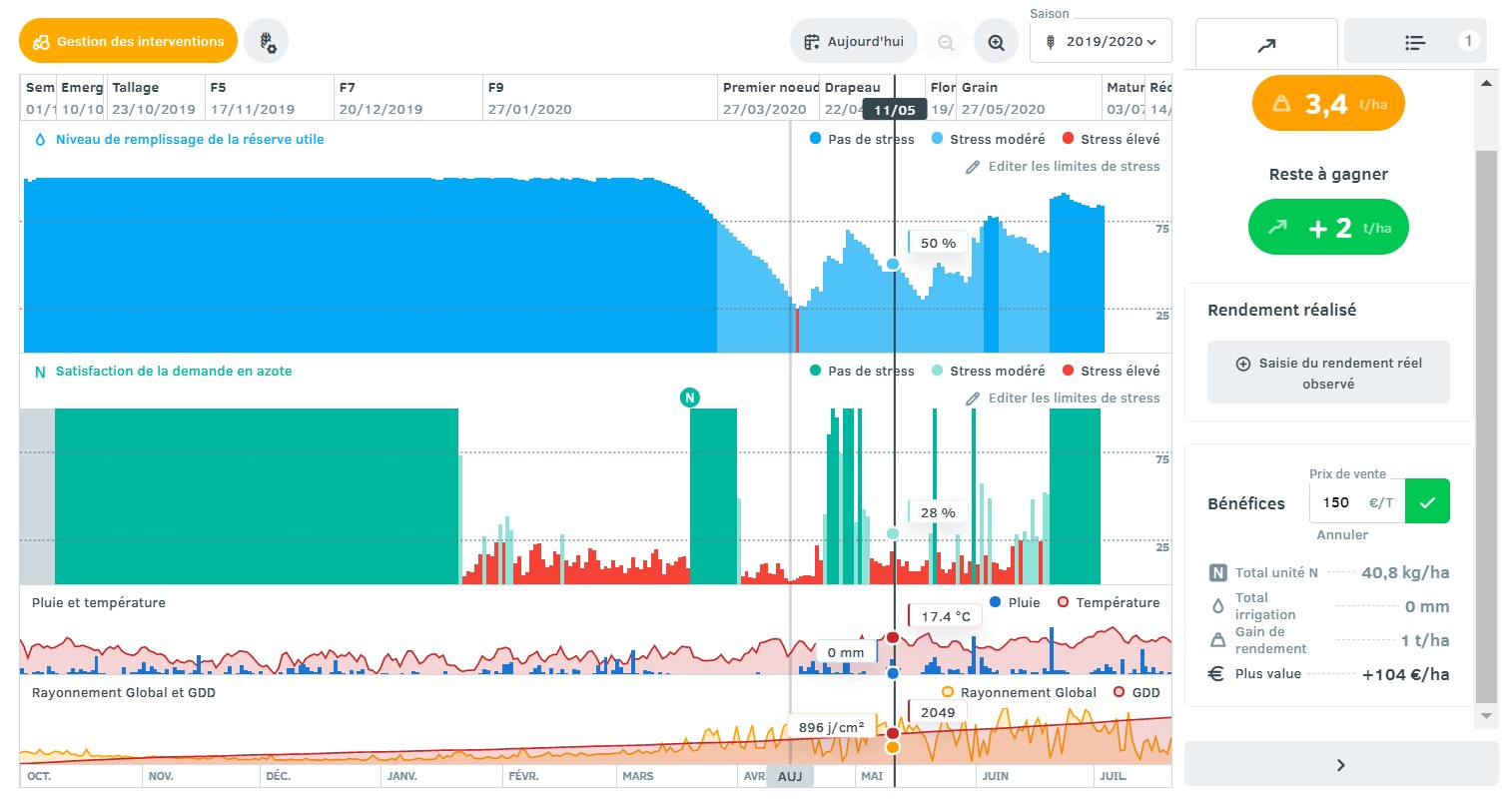